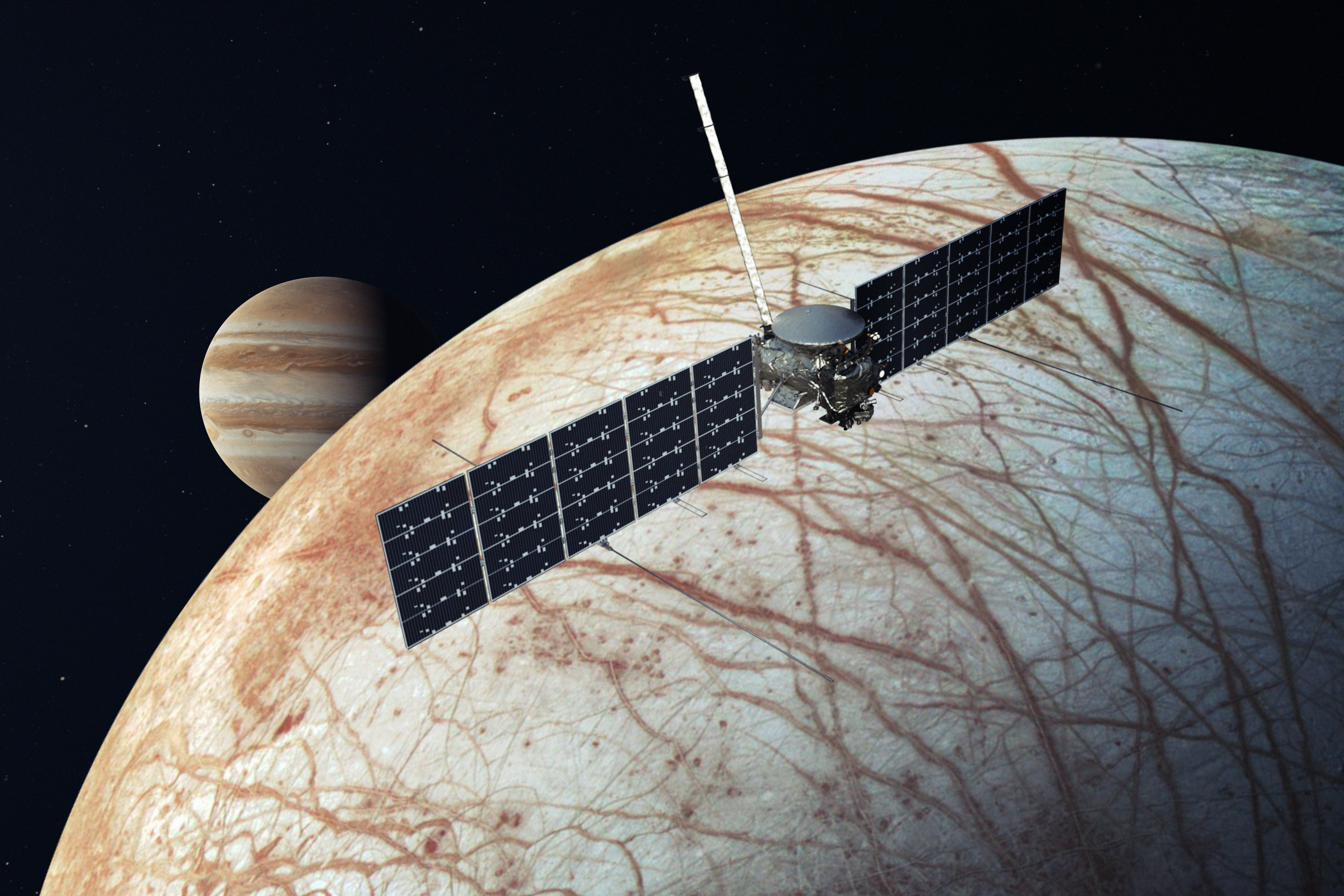 A groundbreaking new mass spectrometer designed and built by Southwest Research Institute (SwRI) has been delivered for integration onto NASA’s Europa Clipper spacecraft. Scheduled to launch in 2024 and arrive in the Jovian system by 2030, Europa Clipper will conduct a detailed science investigation of the moon Europa and study whether it could harbor conditions suitable for life.

The MAss Spectrometer for Planetary EXploration (MASPEX) instrument will be one of nine science instruments in the mission payload, which also includes Europa-UVS, an SwRI-developed Ultraviolet Spectrograph, the latest in a series of spacecraft instruments. MASPEX will analyze the gases near Europa to understand the chemistry of Europa’s surface, atmosphere and suspected subsurface ocean. MASPEX will study how Jupiter’s radiation alters Europa’s surface compounds and how its icy surface and subsurface ocean exchange material.

“MASPEX has a mass resolution hundreds of times finer than anything that has flown to space before,” said SwRI Senior Vice President Jim Burch, who serves as MASPEX principal investigator. Burch leads the Institute’s Space Sector, with three divisions devoted to space science, solar system science and space systems. “SwRI has used internal funding and NASA resources to develop an instrument able to differentiate between molecules with almost identical masses based on the energy binding the atoms. It also differentiates isotopes — atoms with equal numbers of protons but a different number of neutrons. These capabilities are critical to revealing the secrets of Europa.”

Once it arrives, Europa Clipper will orbit Jupiter and perform repeated close flybys of the icy moon. MASPEX works by taking in gas molecules lofted from the surface of Europa and converting them into charged particles called ions. It bounces the ions (atoms and molecules missing an electron) up to 400 times back and forth within the instrument. By timing their transit through the instrument, MASPEX measures the mass of these ions, which reveals each molecule’s identity, which in turn helps determine whether Europa is habitable.

“It has been a huge team effort to get this next-generation space mass spectrometer built, tested and delivered,” said Steve Persyn, project manager for MASPEX and a program director in SwRI’s Space Systems Division. “SwRI has decades of experience designing and building instruments for space missions.”

SwRI-developed instruments include several of those onboard NASA’s New Horizons spacecraft to Pluto and the Kuiper Belt, the Lunar Reconnaissance Orbiter (LRO), the Juno spacecraft now orbiting Jupiter, and ESA’s JUpiter ICy Moons Explorer (JUICE) planned for a 2023 launch to orbit both Jupiter and its moon Ganymede.

“We hope to identify and fly through plumes and other sources of gas venting from cracks in Europa’s icy surface,” said SwRI’s Dr. Christopher Glein, MASPEX co-investigator and a planetary geochemist. “We know microbes on Earth exploit any molecule that can serve as a food source. MASPEX is going to help Europa Clipper determine whether there is anything for microbes to eat, such as organic molecules that might be sourced from hydrothermal vents at the bottom of a deep ocean. The data from this exciting mission will give us a much richer perspective on the habitability of Europa.”