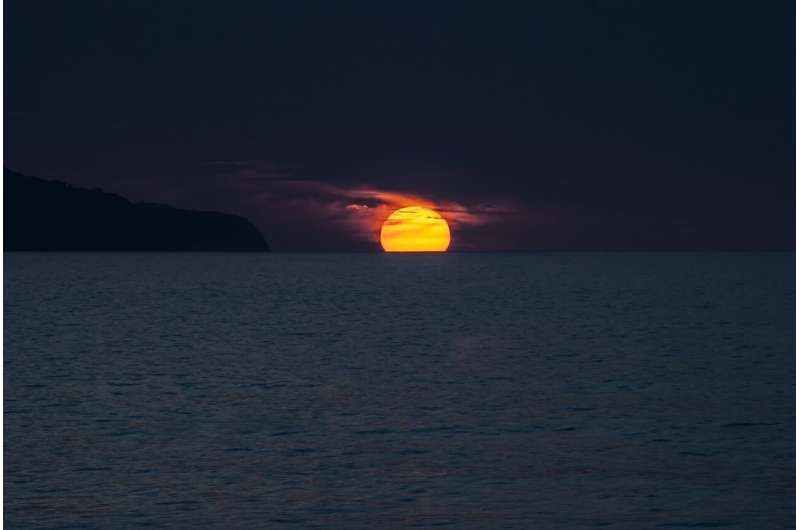 Violent activity on our Sun leads to some of the most extreme space weather events on Earth, impacting systems such as satellites, communications systems, power distribution and aviation. The roughly 11 year cycle of solar activity has three ‘seasons’, each of which affects the space weather felt at Earth differently: (i) solar maximum, the sun is active and disordered, when space weather is stormy and events are irregular (ii) the declining phase, when the sun and solar wind becomes ordered, and space weather is more moderate and (iii) solar minimum, when activity is quiet.

No two solar cycles are the same in amplitude or duration. To study the solar seasons, the scientists built a sun clock from the daily sunspot number record available since 1818. This maps the irregular solar cycles onto a regular clock. The magnetic polarity of the sun reverses after each roughly 11 year solar cycle giving a roughly 22 year magnetic cycle (named after George Ellery Hale) and to explore this, a 22 year clock was constructed. The effect on space weather at earth can be tracked back using the longest continuous records of geomagnetic activity over the past 150 years, and once the clock is constructed, it can be used to study multiple observations of seasonal solar activity which affect the earth.

Lead author Professor Sandra Chapman of the University of Warwick Department of Physics said: “By combining well known methods in a new way, our clock resolves changes in the Sun’s climate to within a few solar rotations. Then you find the changes between some phases can be really sharp.

“If you know you’ve had a long cycle, you know the next one’s going to be short, we can estimate how long it’s going to last. Knowing the timing of the climate seasons helps to plan for space weather. Operationally it is useful to know when conditions will be active or quiet, for satellites, power grids, communications.”

The results also provide a clue to understanding how the Sun reverses polarity after every cycle.

Professor Chapman adds: “I also think it is remarkable that something the size of the sun can flip its magnetic field every 11 years, and going down-up is different to going up-down. Somehow the sun ‘knows which way up it is’, and this is an intriguing problem, at the heart of how the sun generates its magnetic field.”