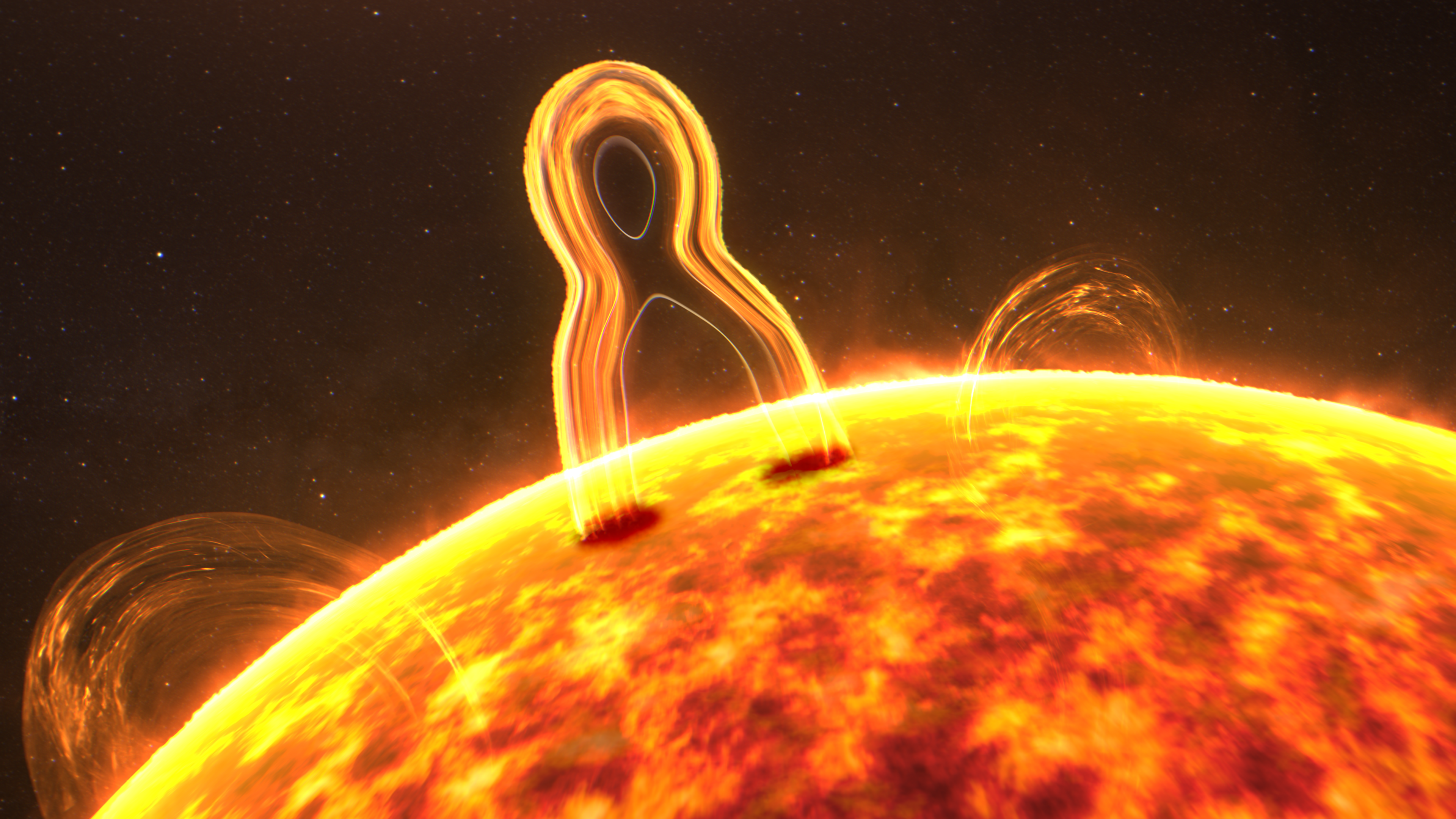 In just minutes, a flare on the Sun can release enough energy to power the whole world for 20,000 years. An explosive process called magnetic reconnection triggers these solar flares and scientists have spent the last half-century trying to understand how the process happens.

It’s not just a scientific curiosity: A fuller understanding of magnetic reconnection could enable insights into nuclear fusion and provide better predictions of particle storms from the Sun that can affect Earth-orbiting technology.

Now, scientists with NASA’s Magnetospheric Multiscale Mission, or MMS, think they’ve figured it out. The scientists have developed a theory that explains how the most explosive type of magnetic reconnection – called fast reconnection – occurs and why it happens at a consistent speed. The new theory uses a common magnetic effect that’s used in household devices, such as sensors that time vehicle anti-lock braking systems and know when a cell phone flip cover is closed.

“We finally understand what makes this type of magnetic reconnection so fast,” said lead author on the new study Yi-Hsin Liu, a physics professor at Dartmouth College in New Hampshire and the deputy-lead of MMS’ theory and modeling team. “We now have a theory to explain it fully.”

Magnetic reconnection is a process that occurs in plasma, sometimes called the fourth state of matter. Plasma forms when a gas has been energized enough to break apart its atoms, leaving a motley of negatively charged electrons and positively charged ions existing side-by-side. This energetic, fluid-like material is exquisitely sensitive to magnetic fields.

“We have known for a while that fast reconnection happens at a certain rate that seems to be pretty constant,” said Barbara Giles, project scientist for MMS and research scientist at NASA’s Goddard Space Flight Center in Greenbelt, Maryland. “But what really drives that rate has been a mystery, until now.”

The new research, published in a paper in Nature’s Communications Physics journal and funded in part by the National Science Foundation, explains how fast reconnection occurs specifically in collisionless plasmas – a type of plasma whose particles are spread out enough that the individual particles don’t collide with one another. Where reconnection happens in space, most plasma is in this collisionless state, including the plasma in solar flares and the space around Earth.

The new theory shows how and why fast reconnection is likely sped up by the Hall effect, which describes the interaction between magnetic fields and electric currents. The Hall effect is a common magnetic phenomenon that’s used in everyday technology, like vehicle wheel speed sensors and 3D printers, where sensors measure speed, proximity, positioning, or electrical currents.

During fast magnetic reconnection, charged particles in a plasma – namely ions and electrons – stop moving as a group. As the ions and electrons begin moving separately, they give rise to the Hall effect, creating an unstable energy vacuum where reconnection happens. Pressure from the magnetic fields around the energy vacuum causes the vacuum to implode, which quickly releases immense amounts of energy at a predictable rate.

“Ultimately, if we can understand how magnetic reconnection operates, then we can better predict events that can impact us at Earth, like geomagnetic storms and solar flares,” Giles said. “And if we can understand how reconnection is initiated, it will also help energy research because researchers could better control magnetic fields in fusion devices.”

In a Pair of Merging Supermassive Black Holes, a New Method for Measuring the Void