Astronomers using NASA’s Hubble Space Telescope have made a unique measurement that indicates a jet, plowing through space at speeds greater than 99.97% the speed of light, was propelled by the titanic collision between two neutron stars.

The explosive event, named GW170817, was observed in August 2017. The blast released the energy comparable to that of a supernova explosion. It was the first combined detection of gravitational waves and gamma radiation from a binary neutron star merger.

This was a major watershed in the ongoing investigation of these extraordinary collisions. The aftermath of this merger was collectively seen by 70 observatories around the globe and in space, across a broad swath of the electromagnetic spectrum in addition to the gravitational wave detection. This heralded a significant breakthrough for the emerging field of Time Domain and Multi-Messenger Astrophysics, the use of multiple “messengers” like light and gravitational waves to study the universe as it changes over time.

Scientists quickly aimed Hubble at the site of the explosion just two days later. The neutron stars collapsed into a black hole whose powerful gravity began pulling material toward it. That material formed a rapidly-spinning disk that generated jets moving outward from its poles. The roaring jet smashed into and swept up material in the expanding shell of explosion debris. This included a blob of material through which a jet emerged.

While the event took place in 2017, it has taken several years for scientists to come up with a way to analyze the Hubble data and data from other telescopes to paint this full picture. 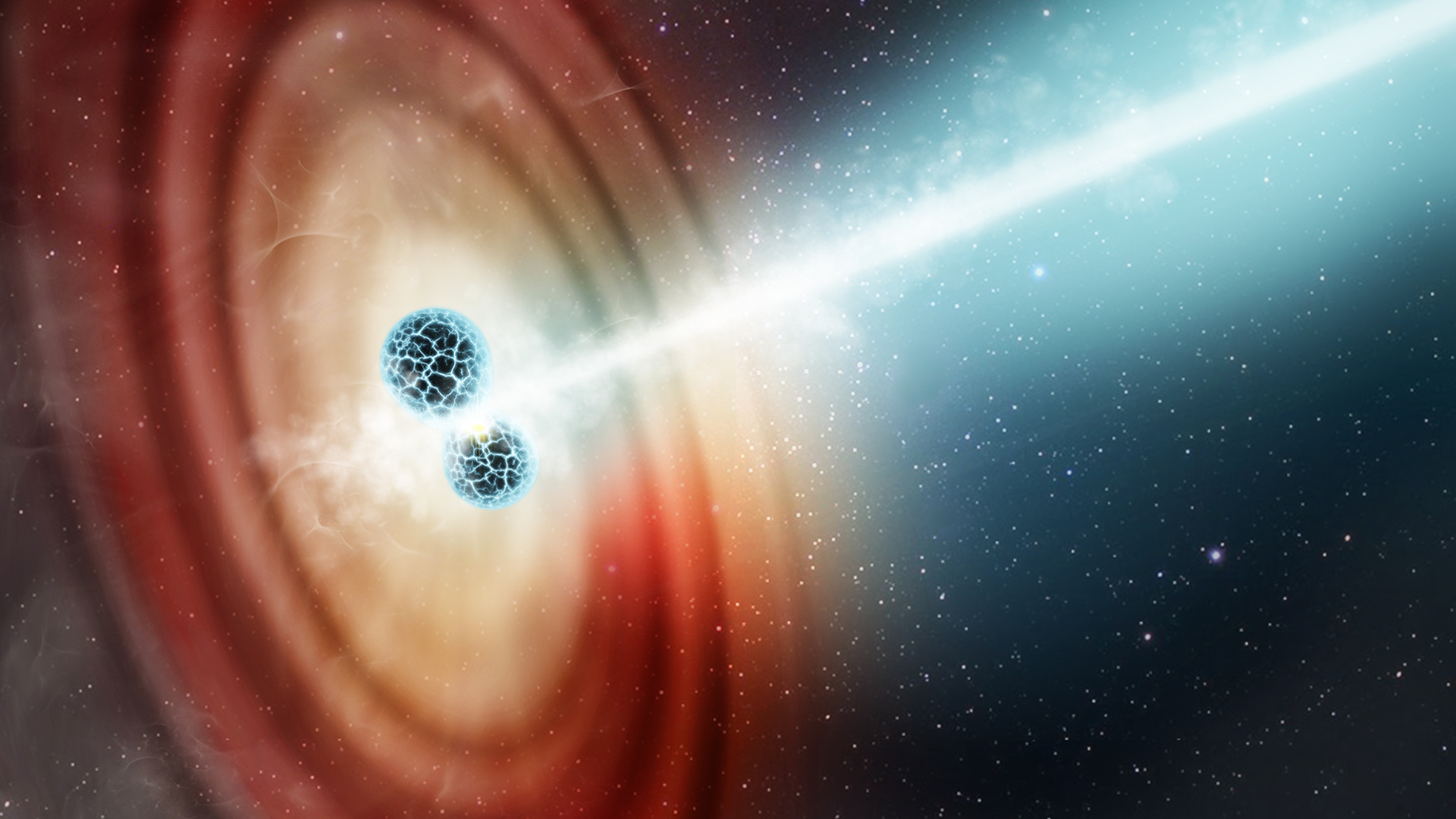 The Hubble observation was combined with observations from multiple National Science Foundation radio telescopes working together for very long baseline interferometry (VLBI). The radio data were taken 75 days and 230 days after the explosion.

“I’m amazed that Hubble could give us such a precise measurement, which rivals the precision achieved by powerful radio VLBI telescopes spread across the globe,” said Kunal P. Mooley of Caltech in Pasadena, California, lead author of a paper being published in the October 13 journal of Nature magazine.

The authors used Hubble data together with data from ESA’s (the European Space Agency) Gaia satellite, in addition to VLBI, to achieve extreme precision. “It took months of careful analysis of the data to make this measurement,” said Jay Anderson of the Space Telescope Science Institute in Baltimore, Maryland.

“Our result indicates that the jet was moving at least at 99.97% the speed of light when it was launched,” said Wenbin Lu of the University of California, Berkeley.

The Hubble measurements, combined with the VLBI measurements, announced in 2018, greatly strengthen the long-presumed connection between neutron star mergers and short-duration gamma-ray bursts. That connection requires a fast-moving jet to emerge, which has now been measured in GW170817.

This work paves the way for more precision studies of neutron star mergers, detected by the LIGO, Virgo, and KAGRA gravitational wave observatories. With a large enough sample over the coming years, relativistic jet observations might provide another line of inquiry into measuring the universe’s expansion rate, associated with a number known as the Hubble constant.

At present there is a discrepancy between Hubble constant values as estimated for the early universe and nearby universe – one of the biggest mysteries in astrophysics today. The differing values are based on extremely precise measurements of Type Ia supernovae by Hubble and other observatories, and Cosmic Microwave Background measurements by ESA’s Planck satellite. More views of relativistic jets could add information for astronomers trying to solve the puzzle.

Red Alert: Massive Stars Sound Warning They Are About to Go Supernova