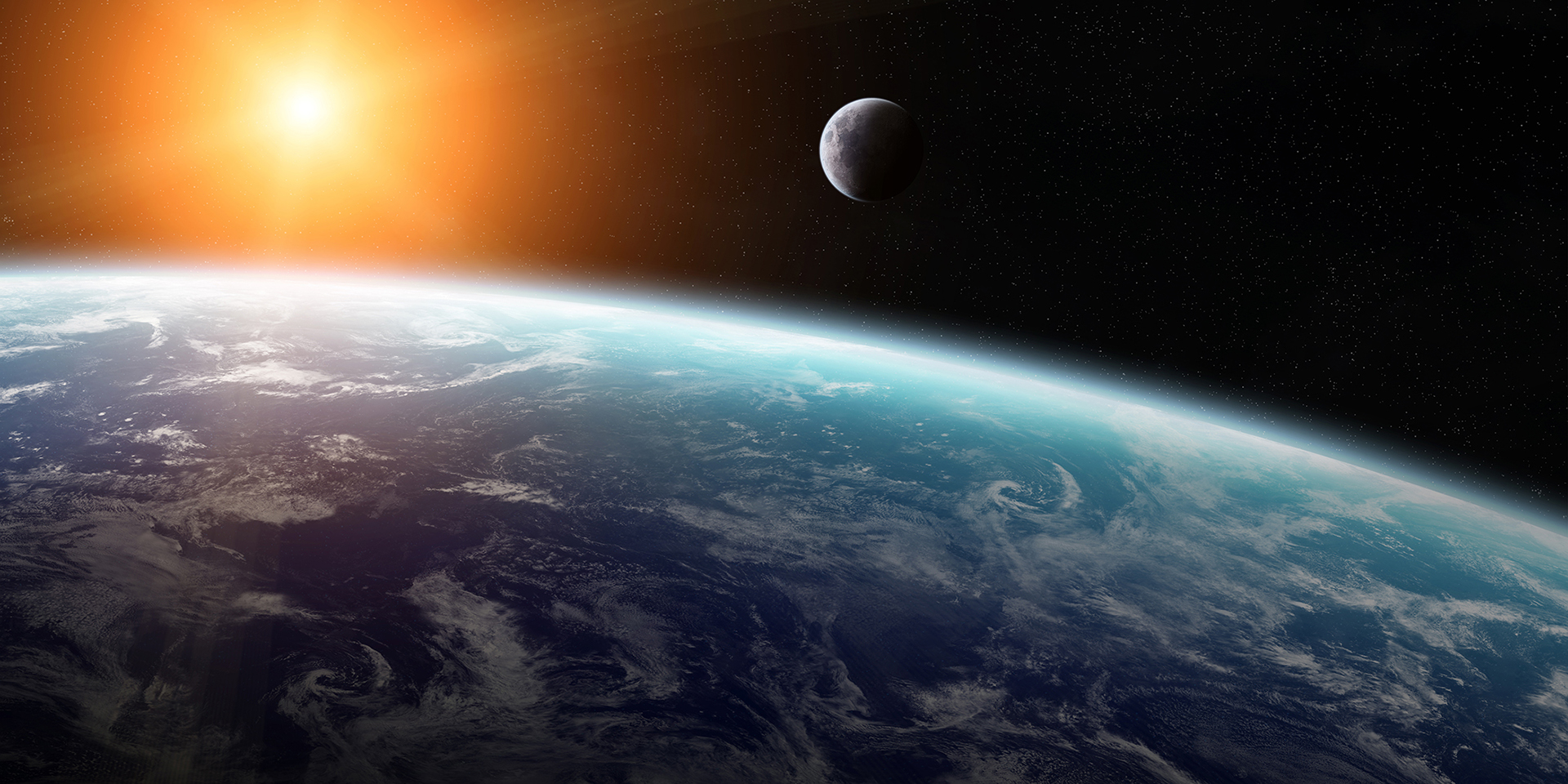 A study led by geophysicist Anne M. Hofmeister in Arts & Sciences at Washington University in St. Louis proposes that imbalanced forces and torques in the Earth-moon-sun system drive circulation of the whole mantle.

The new analysis provides an alternative to the hypothesis that the movement of tectonic plates is related to convection currents in the Earth’s mantle. Convection involves buoyant rise of heated fluids, which Hofmeister and her colleagues argue does not apply to solid rocks. They argue that force, not heat, moves large objects. The new research is published in a special paper of the Geological Society of America, as part of a forthcoming collection assembled in honor of geologist Warren B. Hamilton.

Earth’s internal workings are popularly modeled as dissipating heat generated by internal radioactivity and from leftover energy created during collisions when our planet formed. But even mantle convection proponents recognize that that amount of internal heat-energy is insufficient to drive large-scale tectonics. And there are other problems with using convection to explain observed plate motions.

Instead, Earth’s plates might be shifting because the sun exerts such a strong gravitational pull on the moon that it has caused the moon’s orbit around Earth to become elongated.

Over time, the position of the barycenter — the center of mass between the orbiting bodies of the Earth and the moon — has moved closer to Earth’s surface and now oscillates 600 km per month relative to the geocenter, Hofmeister said. This sets up internal stresses, as the Earth continues to spin.

“Because the oscillating barycenter lies ~4600 km from the geocenter, Earth’s tangential orbital acceleration and solar pull are imbalanced except at the barycenter,” Hofmeister said. “The planet’s warm, thick and strong interior layers can withstand these stresses, but its thin, cold, brittle lithosphere responds by fracturing.”

Daily spin flattens the Earth from a perfect spherical shape, which contributes to this brittle failure of the lithosphere. These two independent stresses create the mosaic of plates observed in the outer shell, the authors suggest. The variety of plate motions comes from the changes in size and direction of the imbalanced gravitational forces with time.

But how to test this alternative? Hofmeister suggested: “One test would be a detailed examination of the tectonics of Pluto, which is too small and cold to convect, but has a giant moon and a surprisingly young surface.”

The study includes a comparison of rocky planets that shows that the presence and longevity of volcanism and tectonism depend on the particular combination of moon size, moon orbital orientation, proximity to the sun and rates of body spin and cooling.

Earth is the only rocky planet with all the factors needed for plate tectonics, Hofmeister noted.

“Our uniquely large moon and particular distance from the sun are essential,” she said.