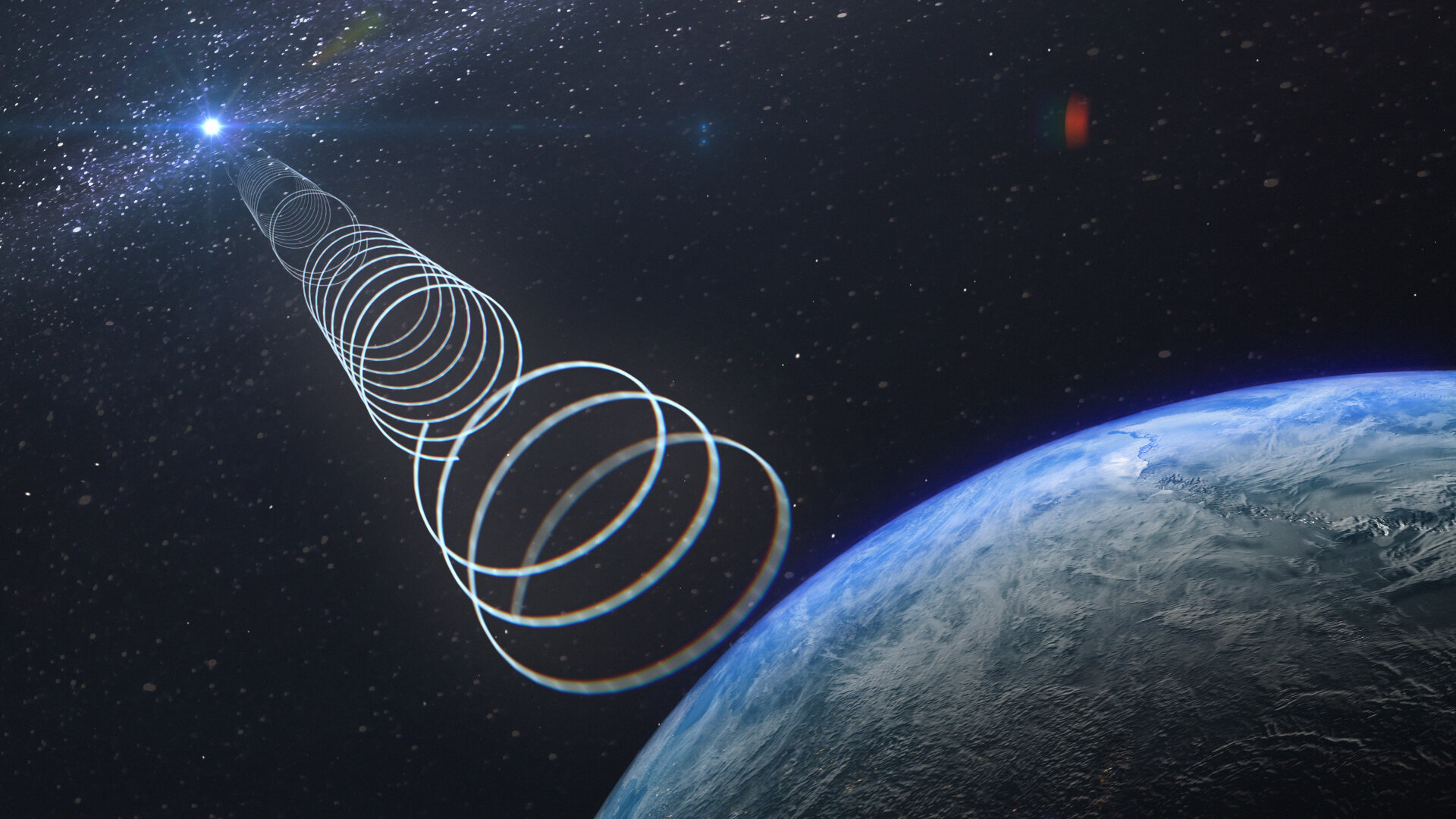 Astronomers have discovered unusual signals coming from the direction of the Milky Way’s centre. The radio waves fit no currently understood pattern of variable radio source and could suggest a new class of stellar object.

“The strangest property of this new signal is that it is has a very high polarisation. This means its light oscillates in only one direction, but that direction rotates with time,” said Ziteng Wang, lead author of the new study and a PhD student in the School of Physics at the University of Sydney.

“The brightness of the object also varies dramatically, by a factor of 100, and the signal switches on and off apparently at random. We’ve never seen anything like it.”

Many types of star emit variable light across the electromagnetic spectrum. With tremendous advances in radio astronomy, the study of variable or transient objects in radio waves is a huge field of study helping us to reveal the secrets of the Universe. Pulsars, supernovae, flaring stars and fast radio bursts are all types of astronomical objects whose brightness varies.

“At first we thought it could be a pulsar – a very dense type of spinning dead star – or else a type of star that emits huge solar flares. But the signals from this new source don’t match what we expect from these types of celestial objects,” Wang said.

The discovery of the object has been published today in the Astrophysical Journal.

Wang’s PhD supervisor is Professor Tara Murphy also from the Sydney Institute for Astronomy and the School of Physics.

Professor Murphy said: “We have been surveying the sky with ASKAP to find unusual new objects with a project known as Variables and Slow Transients (VAST), throughout 2020 and 2021.

“Looking towards the centre of the Galaxy, we found ASKAP J173608.2-321635, named after its coordinates. This object was unique in that it started out invisible, became bright, faded away and then reappeared. This behaviour was extraordinary.”

After detecting six radio signals from the source over nine months in 2020, the astronomers tried to find the object in visual light. They found nothing.

They turned to the Parkes radio telescope and again failed to detect the source.

Professor Murphy said: “We then tried the more sensitive MeerKAT radio telescope in South Africa. Because the signal was intermittent, we observed it for 15 minutes every few weeks, hoping that we would see it again.

“Luckily, the signal returned, but we found that the behaviour of the source was dramatically different – the source disappeared in a single day, even though it had lasted for weeks in our previous ASKAP observations.”

However, this further discovery did not reveal much more about the secrets of this transient radio source.

Wang’s co-supervisor, Professor David Kaplan from the University of Wisconsin-Milwaukee, said: “The information we do have has some parallels with another emerging class of mysterious objects known as Galactic Centre Radio Transients, including one dubbed the ‘cosmic burper’.

“While our new object, ASKAP J173608.2-321635, does share some properties with GCRTs there are also differences. And we don’t really understand those sources, anyway, so this adds to the mystery.”

The scientists plan to keep a close eye on the object to look for more clues as to what it might be.

“Within the next decade, the transcontinental Square Kilometre Array (SKA) radio telescope will come online. It will be able to make sensitive maps of the sky every day,” Professor Murphy said. “We expect the power of this telescope will help us solve mysteries such as this latest discovery, but it will also open vast new swathes of the cosmos to exploration in the radio spectrum.”