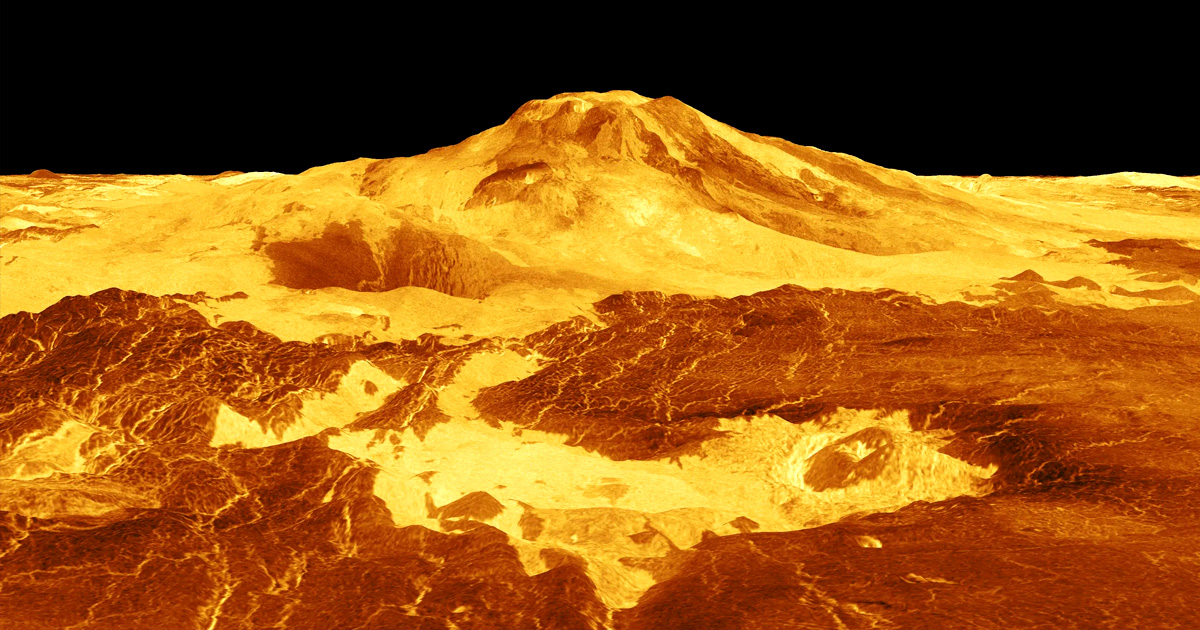 Traces of the gas phosphine point to volcanic activity on Venus, according to new research from Cornell University.

Last autumn, scientists revealed that phosphine was found in trace amounts in the planet’s upper atmosphere. That discovery promised the slim possibility that phosphine serves as a biological signature for the hot, toxic planet.

“The phosphine is not telling us about the biology of Venus,” said Jonathan Lunine, professor of physical sciences and chair of the astronomy department at Cornell. “It’s telling us about the geology. Science is pointing to a planet that has active explosive volcanism today or in the very recent past.”

Lunine and Ngoc Truong, a doctoral candidate in geology, authored the study, “Volcanically Extruded Phosphides as an Abiotic Source of Venusian Phosphine,” published July 12 in the Proceedings of the National Academy of Sciences.

Truong and Lunine argue that volcanism is the means for phosphine to get into Venus’ upper atmosphere, after examining observations from the ground-based, submillimeter-wavelength James Clerk Maxwell Telescope atop Mauna Kea in Hawaii, and the Atacama Large Millimeter/submillimeter Array (ALMA) in northern Chile.

If Venus has phosphide – a form of phosphorous present in the planet’s deep mantle – and, if it is brought to the surface in an explosive, volcanic way and then injected into the atmosphere, those phosphides react with the Venusian atmosphere’s sulfuric acid to form phosphine, Truong said.

Lunine said their phosphine model “suggests explosive volcanism occurring,” while “radar images from the Magellan spacecraft in the 1990s show some geologic features could support this.”

In 1978, on NASA’s Pioneer Venus orbiter mission, scientists uncovered variations of sulfur dioxide in Venus’ upper atmosphere, hinting at the prospect of explosive volcanism, Truong said, similar to the scale of Earth’s Krakatoa volcanic eruption in Indonesia in 1883.

But, Truong said, “confirming explosive volcanism on Venus through the gas phosphine was totally unexpected.”

Haziness of Exoplanet Atmospheres Depends on Properties of Aerosol Particles

The Weather Forecast for Venus