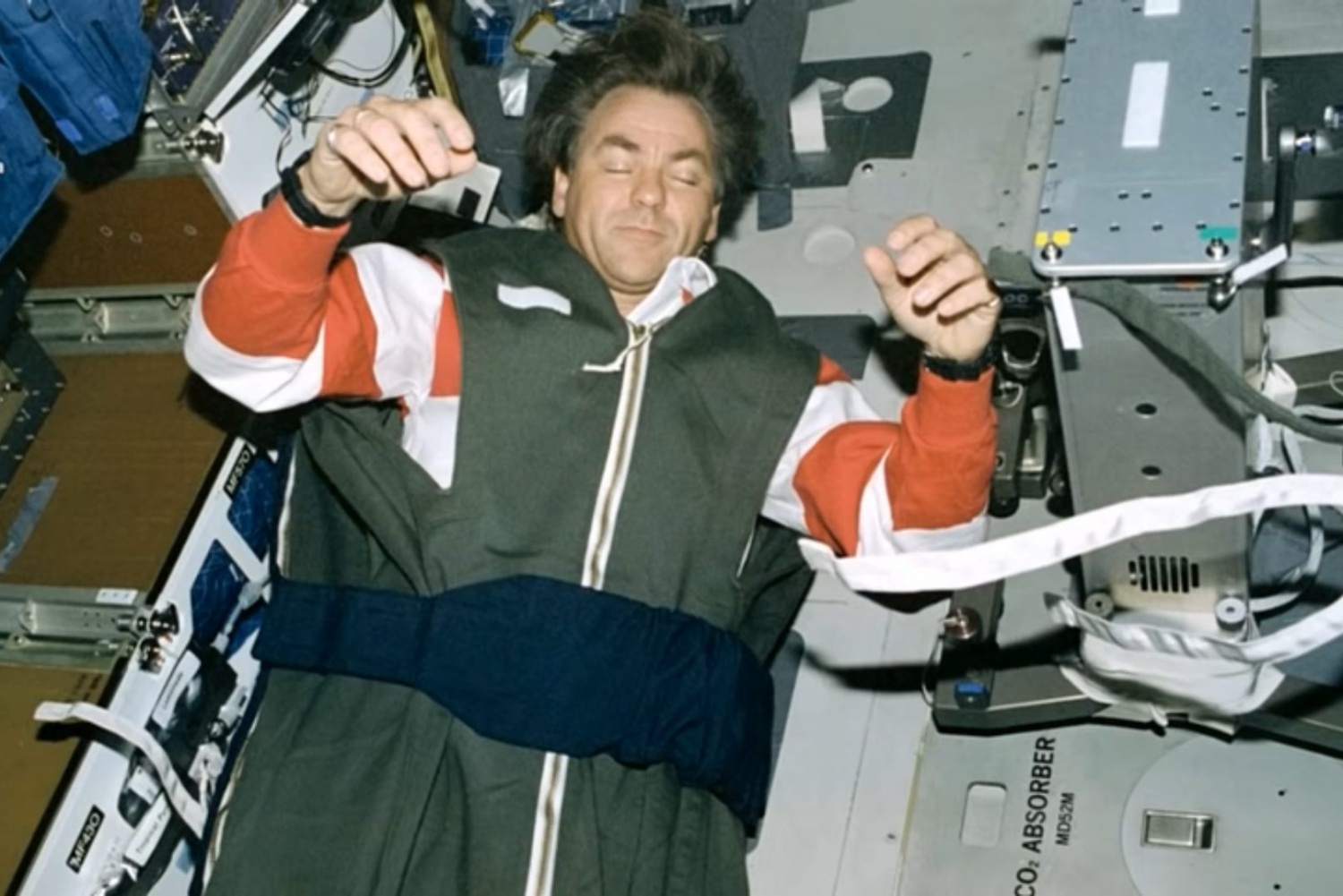 It’s hard to get a good night’s sleep in space. An evaluation of astronauts serving on the Mir space station found that they experienced shorter sleep durations, more wakefulness, and changes in the structure of their sleep cycles while in microgravity.

Researchers at Harvard College, Harvard Medical School, and NASA Ames Research Center studied the sleep patterns of four cosmonauts and one astronaut before, during and after spaceflight to conduct missions on the space station. Preliminary results show that they slept an average of only 5.7 hours in space, compared with 6.7 hours on Earth. They also spent significantly more time awake in bed, leading to a 17.7% reduction in sleep efficiency.

In space their time in non-REM and REM sleep decreased by 14.1% and 25.8% respectively. On average it also took about 90 minutes after falling asleep for astronauts to reach their first episode of REM sleep in space, nearly 1.5 times longer than on Earth. In contrast, most sleep measures were stable across the inflight phase, with the exception of a decrease in the amount of time spent in bed and an increase in the length of time it took to fall asleep after going to bed.

“There were marked shifts in sleep architecture compared to baseline, and some of these evolved over the course of the mission,” said lead author Oliver Piltch, an undergraduate researcher at Harvard College. “Our findings were consistent with previous studies that focus on the issue of sleep continuity. We found significant decreases in sleep efficiency during spaceflight despite similar times in bed.”

Piltch said scientists need to understand how sleep is affected by spaceflight to better equip astronauts for success on long-duration flights, like a trip to Mars or the Moon. He noted that the research also has implications for sleep on Earth.

“The significant sleep changes induced by the extreme environmental conditions of spaceflight can magnify and help reveal similar, though potentially less noticeable, changes that are induced by the more moderate conditions of Earth,” he said. “Our results support other studies indicating that sleep architecture can adapt to different environments. Also, the sleep deficits that our subjects were facing while working around the clock in a high-pressure environment provide further evidence for the danger of stress and shift-work schedules for humans anywhere.”

Statistical analyses of the research were guided by Erin Flynn-Evans, PhD, director of the NASA Fatigue Countermeasures Laboratory. The experiment was designed and led by Robert Stickgold, PhD, director of the Sleep and Cognition Lab at Beth Israel Deaconess Medical Center and professor of psychiatry at Harvard Medical School, alongside Dr. J. Allan Hobson, professor emeritus of psychiatry.

The research abstract was published recently in an online supplement of the journal Sleep and will be presented as a poster Aug. 28-30 and as an oral presentation Saturday afternoon, Aug. 29, during Virtual SLEEP 2020. SLEEP is the annual meeting of the Associated Professional Sleep Societies, a joint venture of the American Academy of Sleep Medicine and the Sleep Research Society.

How Galaxies Die: New Insights into the Quenching of Star Formation